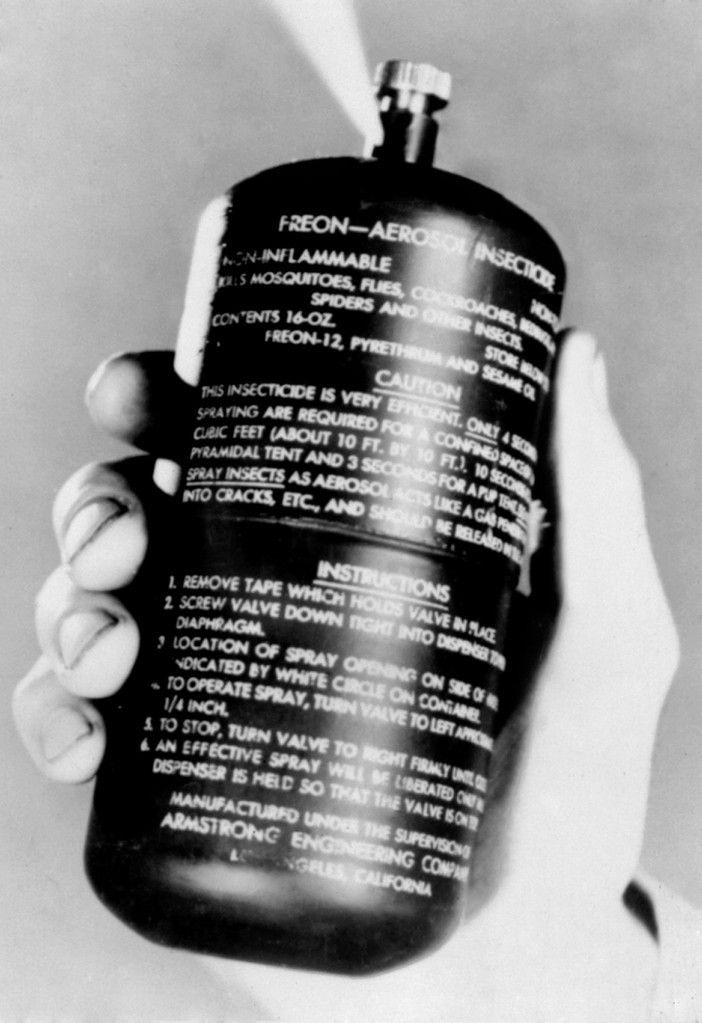 It is undeniable that throughout the history of human existence, humans have shaped and altered the earth we live on. In the early 20th century, the rise of capitalism and the consumer society brought countless new inventions that would completely change the way humans lived and treated the planet. The discovery of chlorofluorocarbons (CFCs) in 1928 would make household refrigeration safer and lead to the first household air conditioner. The rapid rise of CFCs through the mid-20th century drew to a quick halt in the 1980s after the discovery of its environmental effects. The story of ozone depletion due to CFCs and the world’s response to the issue illustrates how human actions shape the environment around us.

In the late 1920s, General Motors, Frigidaire and Du Pont set out to find a new substitution chemical for refrigeration. The chemicals previously used in refrigeration had proven hazardous to human health, causing fatalities when the refrigerators malfunctioned. In 1928, Thomas Midgley, Jr. of General Motors synthesized the first CFCs, a nontoxic makeup of chlorine, fluorine and carbon atoms. Frigidaire patented CFCs on December 31, 1928 and General Motors and Du Pont formed Kinetic Chemical Company, which would sell CFC products as Freon.

The 1920s saw the rise of consumerism in America, and CFCs would stand to benefit from the habits that Americans formed before their release. A newspaper in Muncie, Indiana ran an article in 1929 that was quoted as saying, “The American citizen’s first importance to his country is no longer that of citizen but that of consumer. Consumption is a new necessity.” Driven by the influence of mass media and advertising, the consumerism movement began in the early 20th century. Advertising in popular media portrayed a new lifestyle of leisure fueled by spending money to live comfortably. The American economy boomed thanks to a rise in manufacturing employment during World War II and helped further the consumerism movement. During this time period, from 1939 to 1944, the number of supermarkets increased dramatically from 3,600 nationally to more than 16,000 in 1944. This, of course, was an important occurrence for CFCs, as it led to an increased need for refrigeration both commercially and residentially to preserve food. The standard of living a comfortable lifestyle during the rise of consumerism also drove the development of air conditioning, another use for CFCs. Air conditioners were installed in homes, businesses and eventually automobiles and CFCs quickly became the standard chemical used to fuel them.

CFCs continued their rise until 1974, when two University of California scientists discovered the effect that they had on our planet’s ozone layer. Dr. F. Sherwood Rowland and Dr. Mario Molina found that the chlorine in CFCs, when mixed with ozone, deteriorated the ozone layer. Ozone is important because it protects us from the sun’s UV-B rays, which are harmful to the biology of all plants and animals. Over a decade later, after continued research into the problem, British researcher Joe Farman and his team discovered depletion in ozone over Antarctica that was rapidly increasing every spring. CFCs were linked to this depletion, and pressure was placed on taking international action to solve the problem.

In 1987, pressured by scientific discoveries in the previous decade, representatives from 60 states and 30 international nongovernmental organizations met in Montreal with the goal of creating measures to reduce the use of ozone depleting CFCs. While some experts claimed that the evidence for ozone depletion wasn’t great enough to substantiate international policy, Dr. Rowland, the scientist who first presented the idea that chlorine from CFCs was damaging the ozone, called the findings of high chlorine levels in the atmosphere by Farman’s teams “key,” that it “confirms with lots of details that chlorine is involved.”

Dr. Robert Watson, who was the chief scientist on NASA’s ozone project at the time, “said that ‘there is no longer debate’ as to whether there is chlorine in the ‘perturbed region’ at ‘abundances sufficient to destroy ozone if our current understanding of the chlorine-ozone catalytic cycle is correct.’”

So the delegates in Montreal pushed forward. The discussion of the formation of the protocol focused on three main areas: 1) which chemicals to place restrictions on; 2) how specifically to reduce their use and which limits would be set; 3) what types of legislation and action would need to be implemented to achieve the desired reductions.

Though the protocol includes other chemicals, the most important chemicals that the meeting nations agreed needed to be controlled were CFC-11 and CFC-12, the most widely used chlorofluorocarbons. Figuring out the limits to be set and when exactly to enact the protocol proved difficult for negotiators. The issue at the time was that there weren’t any viable chemical compounds to adequately replace CFCs, which meant having to slowly reduce production levels of CFCs. They also had to determine a base level of production, and they settled on 1986 production levels. Within one year of the passing of the Montreal Protocol, signing countries were required to freeze their production of CFCs at their 1986 levels. The protocol also made it a requirement to reduce consumption levels by 20 percent by 1994, and an additional 30 percent by 1999. The Montreal Protocol was passed on September 17, 1987 and officially went into action on January 1, 1989.

The administrator of the U.S. Environmental Protection Agency at the time, Lee Thomas, was quoted as saying that the protocol showed “an unprecedented degree of cooperating in balance between environmental protection and economic development.” The Montreal Protocol provides an excellent example of realizing the environmental issue at hand that was caused by human innovation and development. While on the surface the protocol looks like a cleanup after the fact, it actually serves as a great international agreement to prevent pollution because it curbs the problem at the start; the production of CFCs was limited and then phased out altogether. This set an example for future action for climate change and pollution.

The story surrounding the use of chlorofluorocarbons and the Montreal Protocol’s action to remove their use in products illustrates a clear naturalist perspective of the Anthropocene and provides politicians and environmentalists with the framework on how to problems like the one that CFCs in our atmosphere presented. The use of CFCs clearly demonstrates the plausibility of the Anthropocene as an era as human progress and consumption almost drove a massive environmental problem that would have affected not only humans, but all living things on this planet. The Montreal Protocol shows us how necessary it is to listen to scientists like Rowland, Molina and Farman, and figure out a way to make a change worldwide to make sure that we protect the planet we live on.

The rise of consumerism throughout the middle of the 20th century provides an important example of what mankind’s actions can have on the environment when our activity goes unmonitored. While the consumerism movement promoted living a comfortable, leisurely lifestyle, it kept Americans from seeing the effects their ways of living had on the planet around them. The rise and fall of chlorofluorocarbons provide a good success story and example to follow of how to take action and work to correct the negative impacts we have on our planet, but it is only narrative. American consumerism continues to affect the world we live in, and will continue to until we take action. CFCs and the Montreal Protocol provide the perfect framework of how to tackle the problems our consumption causes the environment and take the right actions to set the course of our planet back on the right track before it’s too late.